Striped with gorgeous waterways and checkered by rice patties, Vietnam’s natural beauty is as astonishing as its people. A symphony of motorbike engines and beeping horns complements the glowing bridges and plazas that illuminate the rivers and canals below. The tropical climate encourages life to burst out from where ever it may find a foot hold, and the Vietnamese people rely heavily on the land’s health and functionality to support their own well-being. Here, people and nature coincide with one another allowing both to thrive. Two of Vietnam’s greatest examples of this symbiotic relationship in the Mekong Delta include the Can Gio and Cape Ca Mau Biosphere Reserves.

“Biosphere reserves are ‘Science for Sustainability support sites’ – special places for testing interdisciplinary approaches to understanding and managing changes and interactions between social and ecological systems, including conflict prevention and management of biodiversity” (UNESCO). 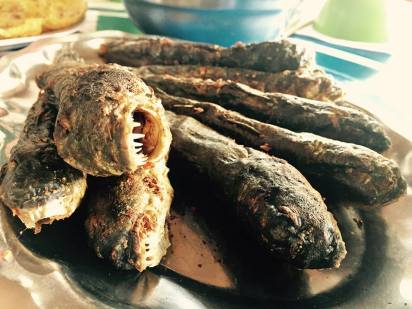 The Can Gio Biosphere Reserve is a 75,740 ha (terrestrial and marine) reservation predominantly covered by Mangrove forests that is located in the costal district southeast of Ho Chi Minh City. The area is home to some 70,000 residents who share their habitat with a diverse range of species including king cobras, saltwater crocodiles, spot-billed pelicans, fisher cats, and mangrove trees (UNESCO).

The Ca Mau Biosphere Reserve in located at the southern tip of Vietnam overlooking the confluence of the Eastern Sea and the Gulf of Thailand. The Ca Mau Reserve is significantly larger than its Can Gio counterpart spanning a total of 369,675 ha with 170,321 people incorporated into the landscape (UNESCO).  Ca Mau also differentiates itself by not only harboring mangrove forests but diversifying to include prevalent extents of peat swamps and wetlands as well (UNESCO).  Each of these biomes is abundant with ecological components with high conservation values.

Vietnam’s biosphere reserves are managed in a fashion that seeks to balance society and nature together in a harmonious assembly. Swaths of aquatic and terrestrial land areas are managed for certain goals and given one of three specific designations: the core zone, buffer zone, and transitional zone.

Core zones serves as an exclusionary boundary with strict regulations set to ensure long term preservation of landscapes and ecosystems. This zone has few inhabitants and restricted activities for the populations in the area. Those allowed in the area mainly serve as the eyes and ears for the government and authorities, alerting them of harmful activities occurring in the core zone. The aptly named buffer zone functions as a safeguarding parameter between the core and transitional zones. This area allows for relatively benign activities such as education, recreation, and tourism. Finally, the transitional zone provides opportunity for more practical utilizations such as agriculture and residential living. 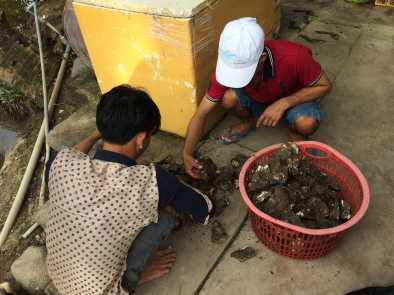 The divisions and rules set in Can Gio and Ca Mau are implemented almost specifically to encourage mangrove reforestation. Mangrove trees offer many ecosystem services including stabilizing eroding soils, retaining silt deposits, purifying brackish water, and promoting biodiversity. Reserve officials restrict what activities may occur in each zone to facilitate the return of mangrove forests but seek to achieve these goals in a manner that still allows for local communities to utilize the land and its natural resources.

The biosphere reserve is a concept unfamiliar to most U.S. citizens. It is a model similar to our beloved national parks, but with one major distinction: a biosphere reserve allows for the integration of humans into the landscape fostering economic and social development that is ecologically sustainable. Citizens within the reserve contribute to its conservation and serve as environmental protectors warding off poachers and keeping a watchful eye for any behaviors that may have an adverse effect on the protected ecosystem. Biosphere reserves like Can Gio and Ca Mau are a triumph of administration and cooperation, functioning to serve both man and nature in an approach that strives to perpetuate the well-being of both.

This entry was posted on January 13, 2017 by University of Montana - Vietnam Study Abroad. It was filed under Uncategorized .