Five Things I Was Surprised to Learn About the Vietnam War

There is one word that often comes to many American’s mind when they think about Vietnam, and that is war. The Vietnam War, or to some Vietnamese, the War of American Aggression, is a nasty blemish in American history. The war was fought between the communist regime in North Vietnam, and South Vietnam, backed by the United States. Over three million people died in the war, an overwhelming majority of them Vietnamese soldiers, and two million Vietnamese civilians. The United States lost around 58,000 people in the conflict, making it one of the most deadly wars in American history.

After traveling to Ho Chi Minh City and visiting the War Remnants Museum myself, I recognized how little I actually understood about the struggle and the hardships faced by the Vietnamese people during the war. The Vietnam War is one of the most misunderstood events in American history. War is always ugly, and is destructive to people and their environment around them. In my studies of the war in the past, and my experience at the War Remnants museum, here are some basic yet surprising things I have learned about the Vietnam War:

Although the United States never officially declared war with Vietnam, unofficially it is the longest war in American history and lasted almost 20 years. The American public built up strong opposition during this time and demonstrations were frequent, especially on college campuses. On May 4, 1970, a rally was scheduled at Kent State near the ROTC building on campus. The National Guard told students to disperse, and when students refused, the Guard attempted to end the rally using tear gas. It was a windy day, and the gas was un 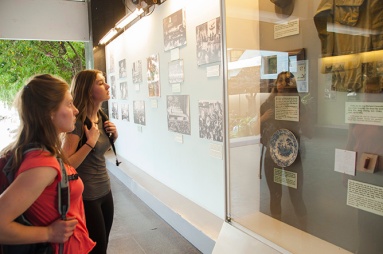 successful in ending the demonstration. The National Guard then opened fire on the students, killing four and wounding nine. A couple of the students who were shot were not even involved in the protest and were only walking to and from class. This became known as the Kent State Massacre.

When it was clear that traditional warfare was failing in Vietnam, the United States resorted to the use of chemical weapons. During “Operation Ranch Hand,” the United States dropped a chemical called Dioxin, or “Agent Orange,” which is deadly to both humans and the environment. While I was aware of the events surrounding the use of Agent Orange prior my visit to the War Remnants Museum, I never truly grasped just how devastating the effects of the chemical was to Vietnam. It destroyed entire forests, fields and crops, contaminated important water supplies, and upset the delicate ecological balance of central and southern Vietnam. Later, it was discovered that the chemical has intense hereditary effects on second and even third generations of those who have been exposed. Children in Vietnam have suffered greatly, and this suffering is on display to see at the War Remnants Museum. Stuck in my memory is Ngyen Thi Men, a 21 year old who has lived the majority of her

life in a cage-like enclosure because she was born with brain damage and attempts to bite and swallow everything within her grasp. Walking through the museum and seeing picture after picture of children suffering from the effects of Agent Orange, generations after their family members were exposed, was a chilling and emotional

3.  The Draft and the Civil Rights Movement:

The Vietnam War coincided with the Civil Rights Movement, and the two are connected in very specific ways. African American war veterans who served in Vietnam returned home to a place where they were denied the same rights as whites, and where they were treated as second-class citizens. Groups like the National Association for the Advancement of Colored People became associated with communism, causing them to lose support. The Draft itself was specifically discriminatory towards African Americans for a couple of reasons. Draft Boards in Alabama, Arkansas, Mississippi, and Alabama did not have a single African American voice, and KKK leader Jack Helms was a member of the Louisiana Board. Although every male was required to register for selective service on their 18th birthday, there were several loopholes for draft deferment during the Vietnam War. First, if an employer claimed that someone’s work was critical to their business, they were often not required to serve in the military. Men enrolled in college were also given draft exemptions. Deferment rules may very well had good intentions behind them, but they certainly ended up disproportionately effecting minority groups.

When I think of war crimes, I usually think of Nazi Germany. The War Remnants Museum reminded me that war crimes have occurred in other wars, and the United States is guilty of atrocities as well. It was a chilling experience witnessing the same small tiger cages, which held three or four Vietnamese soldiers, or to see photos of civilians who had their teeth removed for refusing to share information with the United States backed South. These crimes were not only inhumane and cruel, they endanger the foundation of America itself. A powerful reminder of this at the War Remnants Museum was a placard of the opening lines of the Declaration of Independence. “We hold these truths t 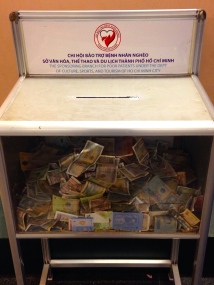 o be self-evident, that all men are created equal, that they are endowed by their creator with certain unalienable Rights, among these are Life, Liberty, and the Pursuit of Happiness…”

5.  Vietnam is Much More than the Location of a War:

After the war, Vietnam normalized relations with the United States in 1995 and the two have since become important trading allies. It is difficult to fathom a U.S.-Vietnamese friendship after the atrocities mentioned above, but I am certainly glad for peace between us because it has given me the opportunity to travel here. Vietnam is a country of beautiful scenery, excellent food, and graceful people. Since my arrival I have felt safe and welcome. The Vietnamese are quick to greet you with a smile and a nod hello. After my visit to the War Remnants Museum, I am not sure Americans deserve such a polite reception, but the people here like to look forward to a bright future rather than dwelling on the past. I am looking forward to contributing to a bright future, as tomorrow we will travel to Can Gio, a mangrove forest restoration site. Agent Orange destroyed over half of the mang

rove trees in the Delta area, and I am lucky to have the opportunity to actually plant mangroves, which over time will hopefully help restore the area to its natural condition.

This entry was posted on January 8, 2015 by University of Montana - Vietnam Study Abroad. It was filed under Vietnam 2015 .